"HeвҖҷs excited about joining the club, which is important to me because thatвҖҷs the first thing I want to hear from players, that theyвҖҷre really keen to join us.вҖқ

Lubo hat geschrieben:"HeвҖҷs excited about joining the club, which is important to me because thatвҖҷs the first thing I want to hear from players, that theyвҖҷre really keen to join us.вҖқ

Celtic Football Club is delighted to announce that it has reached agreement to sign Japanese internationalist, Kyogo Furuhashi, from J1-League club Vissel Kobe, subject to the satisfaction of usual conditions and international clearance.

The 26-year-old forward is regarded as one of the most exciting talents in Japanese football and will join Celtic on a four-year deal.

He is the current top scorer in the J1 League вҖ“ the top division in Japan вҖ“ with 14 goals in 20 games, and he is a team-mate of Spanish football legend, Andres Iniesta, who captains the side.

Celtic manager Ange Postecoglou said: вҖңWe are delighted to bring Kyogo Furuhashi to Celtic. He is a player of real quality and clearly someone I know well.

вҖңI think he will add something special to our squad and I am sure the way he plays will excite our supporters. We look forward to welcoming him to Celtic."

Kyogo Furuhashi has helped Vissel Kobe win the only two trophies in the clubвҖҷs history so far вҖ“ the EmperorвҖҷs Cup, when they beat Kashima Antlers 2-0 in the final on New YearвҖҷs Day 2020, and the subsequent Japanese Super Cup.

That match against the J1 league champions, Yokohama F Marinos, who were then managed by Ange Postecoglou, saw Kyogo Furuhashi score in the 3-3 draw, with Vissel Kobe winning the penalty shoot-out.

Now, having faced Ange PostecoglouвҖҷs side in Japan, Kyogo Furuhashi will now play under the Australian manager at Celtic

Kyogo Furuhashi, who made his international debut against Venezuela in November 2019, has scored three goals in six appearances for Japan.
Unstoppable "Here we go, 10 in a row" !

Celtic new boy Kyogo Furuhashi given incredible farewell ceremony as he says goodbye to Vissel Kobe fans
KYOGO FURUHASHI'S club have invited their adoring fans to their stadium for an incredible farewell ceremony for their star player today before the Vissel Kobe ace leaves for his ВЈ4.5 million move to Celtic.
"Cups are not won by individuals, but by men in a team who put their club before personal prestige." Jock Stein

[b]Kristoffer Ajer has completed a medical with Brentford ahead of his ВЈ13.5M transfer from Celtic[/b] 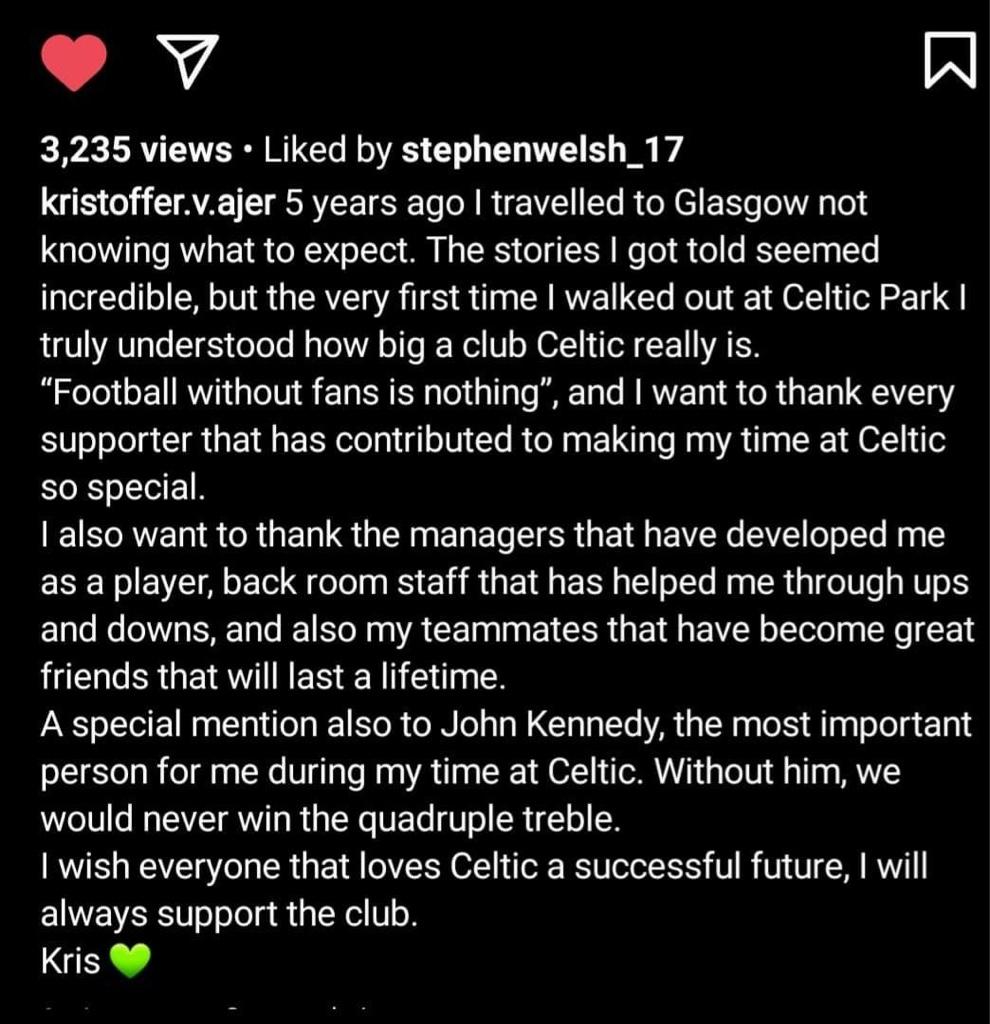